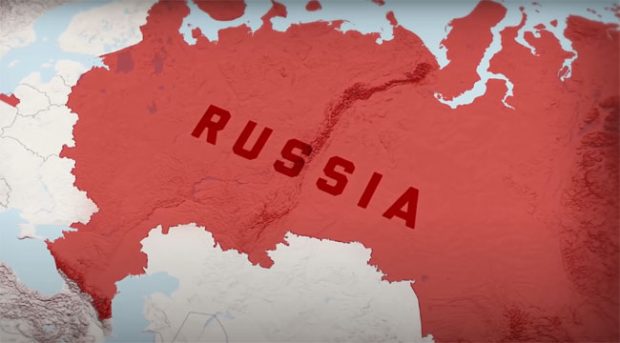 From CaspianReport, the video below, “Ukraine War from Russia’s Perspective” is a well produced, a fast-moving 14 minutes that offers an insight into a Russian world view that is likely unfamiliar to most Americans.
END_OF_DOCUMENT_TOKEN_TO_BE_REPLACED

“If true, that would explain every kind word Donald Trump has ever said about Russia and Vladimir Putin.”

Rachel Maddow reviews what now makes at least eight times that Americans have learned about Donald Trump interacting with Russian officials from Russian media instead of the White House.

“Over the past three years, conspiracy site InfoWars has copied more than 1,000 articles produced by Russian state-sponsored broadcaster RT to its website — all without the permission of RT,” BuzzFeed News reports. “InfoWars is headed by radio host Alex Jones who propagated the false Pizzagate conspiracy theory, fueled hate against migrants, and pushed the unfounded theory that former president Barack Obama is not an American citizen.”

President Trump’s former campaign chairman, Paul Manafort turned himself in to the FBI on Monday after being indicted on 12 counts, including conspiracy against the United States.

Other counts in the indictment include conspiracy to launder money, false statements and seven counts of failing to file reports of foreign bank and financial accounts…

The indictments were reportedly returned by a grand jury on Friday, and were unsealed after the defendents were permitted to surrender themselves, according to a statement from the FBI.

“Russia’s cyberattack on the U.S. electoral system before Donald Trump’s election was far more widespread than has been publicly revealed, including incursions into voter databases and software systems in almost twice as many states as previously reported,” Bloomberg reports. “Details of the wave of attacks, in the summer and fall of 2016, were provided by three people with direct knowledge of the U.S. investigation into the matter. In all, the Russian hackers hit systems in a total of 39 states, one of them said.”

“I don’t want to overstate this because obviously there is a lot we don’t know… But I can’t keep out of my mind the thought that, if an American intelligence officer had done anything like this, we’d consider it espionage.”

Number of Russian individuals and companies President Obama has blacklisted “for their dealings in Crimea and Ukraine, creating an early test for the new administration of President-elect Donald J. Trump, who is widely expected to roll back the pressure campaign against Russia,” the New York Times reports. “The Treasury Department designated seven individuals and eight corporate entities involved in a range of projects, including the construction of a bridge connecting Russia to the Crimean peninsula. It also targeted businesspeople who are associates of President Vladimir V. Putin or are involved in activities that aid in Russia’s destabilization of Ukraine.”