Daily Beast: “[Former} Twitter officials revealed on Wednesday that former President Donald Trump not only received preferential treatment for years, but he also directly requested the site remove tweets that he didn’t like. At the same time, they also noted that President Joe Biden hadn’t contacted Twitter to take down any tweets or censor content. One tweet Trump especially wanted to be deleted: Supermodel and TV star Chrissy Teigen calling him a “pussy ass bitch” in 2019.” 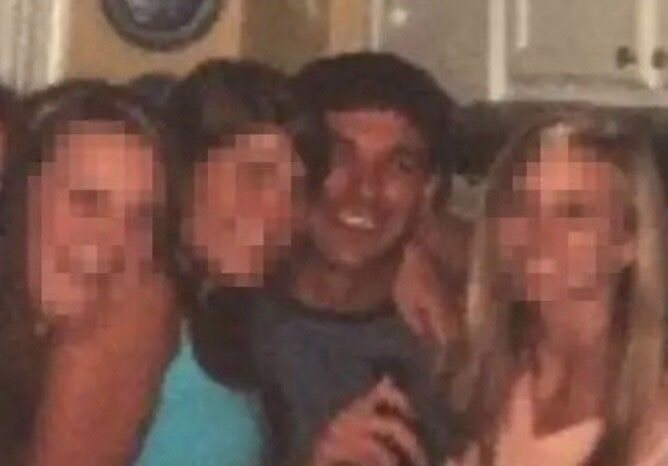 Business Insider: “Former President Donald Trump reposted a photo on Tuesday of Florida Gov. Ron DeSantis that accused him of drinking alcohol with minors when he was a high school teacher.

“‘That’s not Ron, is it? He would never do such a thing!’ Trump wrote sarcastically on his social media app, Truth Social.

“The picture shows a 23-year-old DeSantis smiling between three women with blurred out faces, whose ages aren’t clear. One of the females in the photos is holding a brown glass bottle but DeSantis isn’t pictured drinking. Still, the caption reads, “Here is Ron DeSantimonious grooming high school girls with alcohol as a teacher…”

K-12 School Shooting Database: “All shootings at schools includes when a gun is brandished, is fired, or a bullet hits school property for any reason, regardless of the number of victims, time, or day of the week.

This information is recorded to document the full scope of gun violence on school campuses.”

To view additional graphs based on the data, Click Here.

Florida Bulldog: “an ex-Guantanamo detainee has come forward to allege that DeSantis actually had a much darker role at Gitmo. And his disturbing accusations about DeSantis have yet to be reported by any national or Florida-based news outlet despite the governor’s well-known presidential ambitions.
END_OF_DOCUMENT_TOKEN_TO_BE_REPLACED

The Guardian: School teachers in Florida’s Manatee county are removing books from their classrooms or physically covering them up after a new bill went into effect that prohibited material unless deemed appropriate by a librarian, or “certified media specialist”.

If a teacher is found in violation of these guidelines, they could face felony charges. 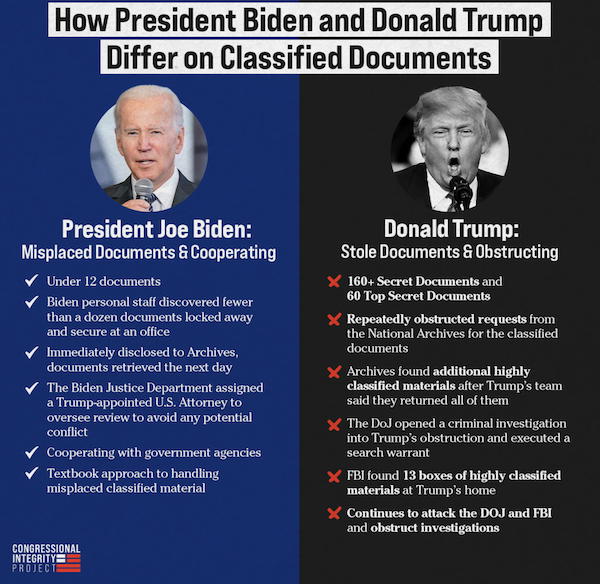 Politico: “Police officers who responded to the Jan. 6 Capitol attack and some of their family members pointedly declined to shake the hands of Mitch McConnell and Kevin McCarthy as they accepted Congressional Gold Medals on Tuesday.

“Officers and the family of fallen officer Brian Sicknick shook hands with Speaker Nancy Pelosi and Senate Majority Leader Chuck Schumer as they accepted the medals, but quickly moved past the House and Senate Republican leaders — despite McConnell outstretching his hand. All senior congressional leaders were participating in the event to honor U.S. Capitol Police officers, Washington D.C. Metropolitan Police and others who responded during the riot.”

AP: “Voters with no religious affiliation supported Democratic candidates and abortion rights by staggering percentages in the 2022 midterm elections.

“And they’re voting in large numbers. In 2022, some 22% of voters claimed no religious affiliation, according to AP VoteCast, an expansive survey of more than 94,000 voters nationwide. They contributed to voting coalitions that gave Democrats victories in battleground states such as Pennsylvania, Wisconsin and Arizona.

“The unaffiliated — often nicknamed the ‘nones’ — voted for Democratic House candidates nationwide over Republicans by more than a 2-1 margin (65% to 31%), according to VoteCast. That echoes the 2020 president election, when Democrat Joe Biden took 72% of voters with no religious affiliation, while Republican Donald Trump took 25%, according to VoteCast.

“For all the talk of the overwhelmingly Republican voting by white evangelical Christians in recent elections, the unaffiliated are making their presence felt.”