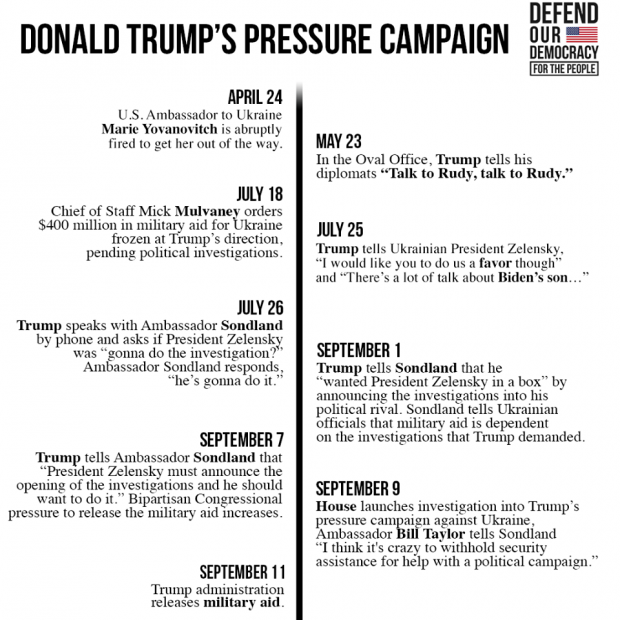 — President Trump, quoted by Politico, on the difference between him and Richard Nixon.

If you’re already seeing the spin crop up in your friends’ social media posts, keep them straight. Mueller didn’t say what the Trump team claims. He did NOT say, as Sarah Sanders did:

The report was clear—there was no collusion, no conspiracy—and the Department of Justice confirmed there was no obstruction.

Sanders is correct if by, “Department of Justice” you mean only Attorney General William Barr.

What Mueller himself said is that he investigated what he was engaged to look into, and that it’s not his place to indict the president. In fact, only Congress can take action on the misdeeds of a president. And that’s called impeachment.

“I wouldn’t use that language. I don’t — again establish any language standard for my colleagues but I don’t think it’s anything worse than what the president has said.”

END_OF_DOCUMENT_TOKEN_TO_BE_REPLACED

This poll was taken before three members of Donald’s presidential campaign were indicted on federal charges, including conspiring against the United States.

President Trump’s former campaign chairman, Paul Manafort turned himself in to the FBI on Monday after being indicted on 12 counts, including conspiracy against the United States.

Other counts in the indictment include conspiracy to launder money, false statements and seven counts of failing to file reports of foreign bank and financial accounts…

The indictments were reportedly returned by a grand jury on Friday, and were unsealed after the defendents were permitted to surrender themselves, according to a statement from the FBI.

Buzzfeed.com has the scoop. Summer Zervos, a former “Apprentice” candidate who is one of a dozen or so women who have accused Donald Trump of sexual misconduct, has subpoenaed his 2016 presidential campaign for all documents pertaining to “any woman alleging that Donald J. Trump touched her inappropriately.”