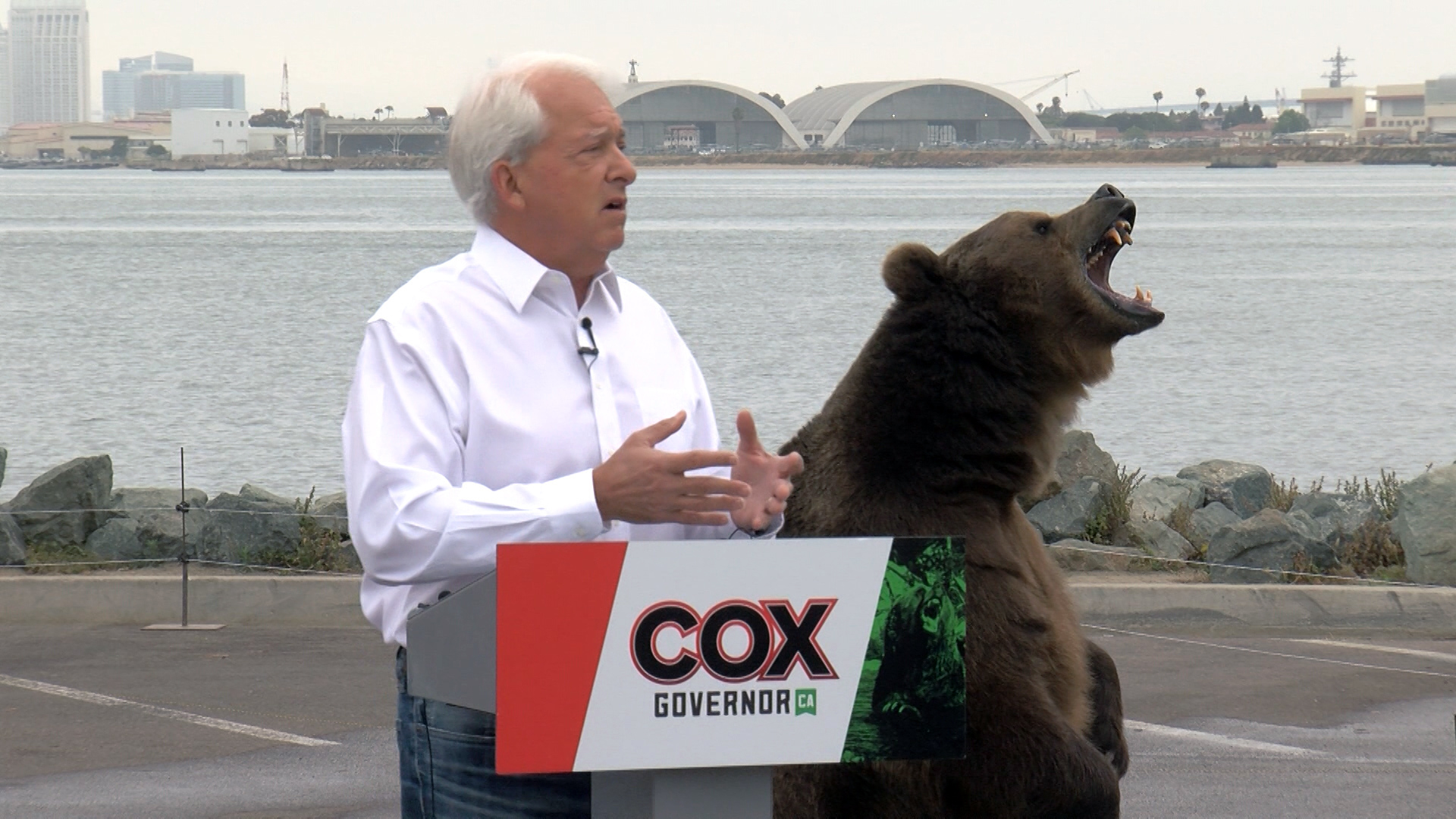 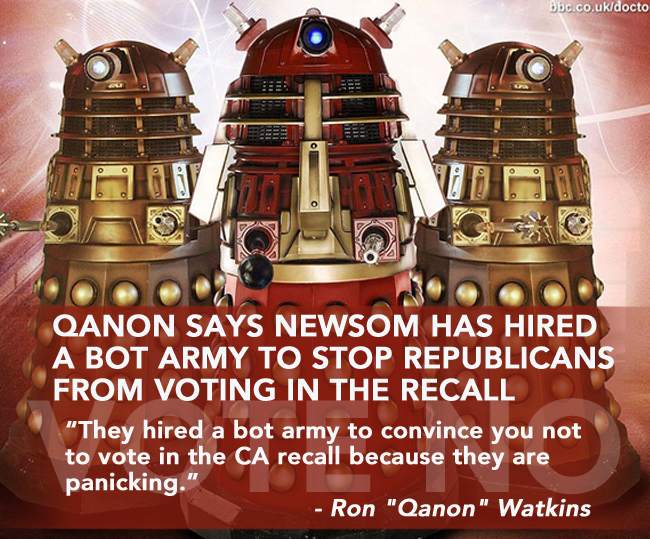 CNN: “As the United States-backed government in Afghanistan fell to the Taliban and US troops raced to leave the country, White supremacist and anti-government extremists have expressed admiration for what the Taliban accomplished, a worrying development for US officials who have been grappling with the threat of domestic violent extremism.

“That praise has also been coupled with a wave of anti-refugee sentiment from far-right groups, as the US and others rushed to evacuate tens of thousands of people from Afghanistan by the Biden administration’s August 31 deadline.

“Several concerning trends have emerged in recent weeks on online platforms commonly used by anti-government, White supremacist and other domestic violent extremist groups, including ‘framing the activities of the Taliban as a success,’ and a model for those who believe in the need for a civil war in the US, the head of the Department of Homeland Security’s Office of Intelligence and Analysis, John Cohen, said on a call Friday with local and state law enforcement, obtained by CNN.”

Miami Herald: “As cases ballooned in August … the Florida Department of Health changed the way it reported death data to the CDC, giving the appearance of a pandemic in decline, an analysis of Florida data by the Miami Herald and el Nuevo Herald found.

On Monday, Florida death data would have shown an average of 262 daily deaths reported to the CDC over the previous week had the health department used its former reporting system, the Herald analysis showed. Instead, the Monday update from Florida showed just 46 ‘new deaths’ per day over the previous seven days.”

“The letters ask agencies from the National Archives and Records Administration to the Federal Bureau of Investigation and the Department of Justice to expedite the gathering of the records, asking for information within two-weeks.

“The House subpoena names Caroline Wren, a veteran GOP fundraiser who received at least $170,000 from the Trump political operation as the campaign’s national finance consultant with the joint fundraising committee. Wren was listed as a “VIP Advisor” on the permit granted by the National Park Service for the Jan. 6 rally…”

“But since Trump’s campaign and joint fundraising committee funneled millions of dollars through layers of opaque firms and shell companies where the ultimate payee is hidden, the public may never know the full extent of the Trump campaign’s payments to organizers involved in the protests. “ 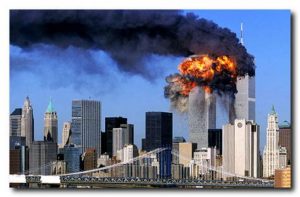 I know that our team — the Democratic Party — is famous for unforced errors, but oh man. I’ve been against us leaving Afghanistan from the moment Biden announced he was following through on Trump’s deal to do so. Nothing, and I repeat, NOTHING has changed my mind on that, and as the withdrawal has progressed, I just wish we could turn back the clock and not do it. But we can’t, and here we are. I see only bad things ahead for the Biden administration at this point. The time to get the stuff done that we beat Trump in order to do is running quickly out. I don’t think we’ll prevail at the midterms, so it’s now or never and “now” evaporated today with ISIS attack on the Kabul airport. Please, Dr. Democrat, convince me I’m wrong.

On a societal level, it’s tragic. But I’m having a hard time understanding how 75,000 Talibanis are able to hold a nation of 38 million hostage. There are about 40 million people in California. Could 75,000 MAGATs shut us down, take over our government, force women to wear burkhas and the rest?

END_OF_DOCUMENT_TOKEN_TO_BE_REPLACED

Bloomberg: “[Interesting] new data on the overlap of electoral politics and economic dynamism suggest another reason: The geography of America’s economic engine is heavily concentrated in counties that Joe Biden won in 2020. These counties are much more heavily vaccinated than the rest of the country and thus better able to withstand the economic effects of Covid’s delta variant.

“The shift of U.S. economic production toward blue counties predates the arrival of the coronavirus. After the 2016 election, Mark Muro, the policy director of the Brookings Institution’s Metropolitan Policy Project, found that the 472 counties Hillary Clinton won produced 64% of the country’s economic output, while the 2,584 counties Donald Trump won contributed just 36%. That was a significant jump from the 2000 election, when the blue-red county economic split was 54% to 46%. Muro dubbed this divide ‘high-output America’ vs. ‘low-output America.’

“Last year, after Biden defeated Trump, Muro looked again and found that the economic output divide has grown even more pronounced. The 520 counties Biden won account for fully 71% of U.S. gross domestic product, while the 2,564 that Trump carried produced just 29%. In other words, America’s economic engine is bluer than ever.”

Independent: “Former secretary of state Hillary Clinton, who previously warned of the ‘huge consequences’ of withdrawing US troops from Afghanistan, has now reportedly attempted to charter flights out of the country for the country’s at-risk women…

“‘Last week, the evacuation options to get women’s rights activists out came largely from an informal network of powerful, connected, some very wealthy people, some trying to literally charter private jets to evacuate women thought to be Taliban targets,’ Marie Clarke, the vice-president of global programmes at Women for Women International, told The Guardian.”

Slate.com: “[While] metro areas grew, vast stretches of the country continued to bleed population. About 53 percent of all U.S. counties shrank between 2010 and 2020. You can see them in the sea of burnt orange on the graph [above], rural regions and small towns that often have few residents to begin with. In total, they were home to about 50.5 million people in a nation of more than 331 million.”

“This isn’t a new story per se. Rural America and small towns have been losing residents for decades. But the trend seems to have accelerated. From 2000 to 2010, for instance, only around one-third of all counties lost residents.”

This will undoubtedly exacerbate a longstanding inequity of representation in Congress.

END_OF_DOCUMENT_TOKEN_TO_BE_REPLACED

Biker dudes buy biker gear on splurges
Whenever they get those South Dakota urges.
But this year’s rally
Proved COVID-19’s ally,
As superspreaders brought home the virus from Sturgis.

— Rep. Mark Green (R-TN), to Fox News, on how he’d respond to the attack at the Kabul airport.

— An anti-mask parent losing it at school board meeting.

“The geography of America’s economic engine is heavily concentrated in counties that Joe Biden won in 2020. These counties are much more heavily vaccinated than the rest of the country and thus better able to withstand the economic effects of Covid’s delta variant. … The 520 counties Biden won account for fully 71% of U.S. gross domestic product, while the 2,564 that Trump carried produced just 29%. In other words, America’s economic engine is bluer than ever.”

“Data and interviews with Gen-Z Republicans illustrate a cap on young Republicans’ more socially liberal views, particularly as it pertains to recent political fights over ‘cancel culture’ and how socially progressive or ‘woke’ Americans should be. … This could be related to research that suggests Republicans are more likely than Democrats to say that they self-censor their political views due to fear of judgment for what they believe.”

Washington Post: “There are more than 100,000 people hospitalized with covid-19 in the United States, a level not seen since Jan. 30 — when coronavirus vaccines were not widely available — as the country grapples with the delta variant’s spread.”

A new Peterson-KFF analysis finds the spike in hospitalizations of unvaccinated adults — which are almost all preventable — cost the U.S. health system more than $2 billion in June and July. Axios: “Those costs are ultimately shouldered by all of us, not just those who remain unvaccinated and then get severely ill. A coronavirus hospitalization costs, on average, around $20,000.”

A new CBS News/YouGov poll found that 63% of Americans support removing U.S. troops from Afghanistan but just 47% approve of President Biden’s handling of it.