Skip to content
Latest News
Reporters are Starting to Probe Trump’s Covidgate and the Questions are Disturbing
Trump Got the Debate He Wanted, But Will it Help Him?
Big Majority Say Country Is on the Wrong Track 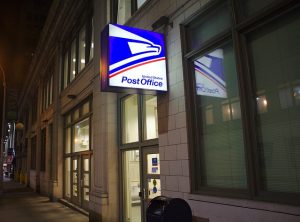 Despite the worst intentions of Postmaster General and Trump flunky Louis DeJoy, the United States Post Office can handle the volume of mail that will be generated in the 2020 presidential election. It’s a simple matter of mathematics.

There are approximately 156 million registered voters in the United States who are eligible to vote in the 2020 presidential election. In the 2016 presidential election, about 75% of eligible voters cast a ballot. If that percentage holds true for 2020, that would mean about 117 million people are likely to vote.

Systems are in place to allow up to 180 million Americans to vote by mail in the presidential election. The USPS processes 425 million pieces of mail every day, so, if we consider that most mail-in ballots will be mailed in the two weeks before Nov. 3, the Postal Service’s capacity during those 14 days is 5.95 billion pieces of mail.

To overload the system, then, every eligible voter would have to send 38 pieces of mail during the second half of October.

The capacity is there, or would be if the USPS was fully staffed. However, COVID-19 has decimated the service, having claimed 75 dead, 8,100 infected and 44,000 postal workers currently quarantined. Which is why the overtime that DeJoy cut was needed to keep the mail flowing. DeJoy recently walked back the curb on overtime, but the postal system remains seriously understaffed.

The reason Donald Trump is casting doubt on the legitimacy of mail-in voting without providing any evidence of widespread fraud is because voting by mail favors Democrats, 58% of whom say they would prefer to vote by mail as opposed to just 17% of Republicans.

According to the https://www.heraldtribune.com/story/news/politics/state/2020/08/19/voter-turnout-pandemic-shaded-primary-high/5608297002/, 1.1 million Floridians voted at the polls Tuesday, and 2.3 million cast mail-in ballots, 1.2 million of them cast by Democrats, or 300,000 more Democratic than Republicans mail-in ballots.

Even Trump requested Florida mail-in ballots for himself and his wife and, while filling out his ballot took the opportunity to slam voting by mail.

It strikes us as unusual that the savvy reality-TV guy would eschew the tried-and-true photo op of presidents casting their ballot at the polls for a video of him filling out the form at a conference table. But if you think about it, it makes sense: If Trump thinks the 2020 presidential election will be determined by millions of fraudulent mail-in ballots, it would simply be irresistible for a grifter like him to not get a piece of a scam of such a monumental scale.