“Former NFL star Herschel Walker has made millions in business ventures since he retired in 1997, and he claims to be worth more than $29 million today,” the Daily Beast reports. “But despite that success, the Republican Senate hopeful and longtime friend of Donald Trump has, for whatever reason, chosen to dramatically inflate his business record. … In doing so, Walker has established a parallel record of demonstrably false claims, many of which appear to bear no resemblance to reality whatsoever.”

The next time your unvaccinated coworker starts telling you that the shots make no difference because even vaccinated people are getting omicron, whip out these charts. They were published in the excellent and free New York Times daily email, The Morning.

First, look at how being vaccinated affects whether you will get omicron:

OK, so some people who are vaccinated are still getting covid during the omicron surge. But who’s staying home and isolating and whose cases are so severe that they have to go into the hospital to recover? END_OF_DOCUMENT_TOKEN_TO_BE_REPLACED

They strove hard in House and Senate to defeat it,
But Republican hypocrisy has long been so pathetic.
They voted — to a man —
Against the American Recovery Plan,
And now they’re trying to shamelessly take credit.

“The Republican Party is not the party of the country clubs, it’s the party of hardworking, blue-collar men and women.”

“The Republican National Committee complained on Thursday that President Joe Biden has not kept his promise to reopen most schools in the first 100 days of his presidency. He has only been on the job for 36 days,” the American Independent reports. From the now-deleted tweet: “On the campaign trial [sic], Biden promised to reopen schools within his first 100 days in office. But that is just another promise that President Biden hasn’t kept.”

“This looks like a group of people that gets it. This is a phony pandemic. It’s a serious virus, but it’s a virus. It’s not a pandemic.”

“The objective fact is I believe Trump probably did actually carry Georgia… Republicans simply have to turn out more votes than Stacey Abrams can steal.”

— Newt Gingrich, while offering no evidence of his “objective fact” in a Fox News interview. 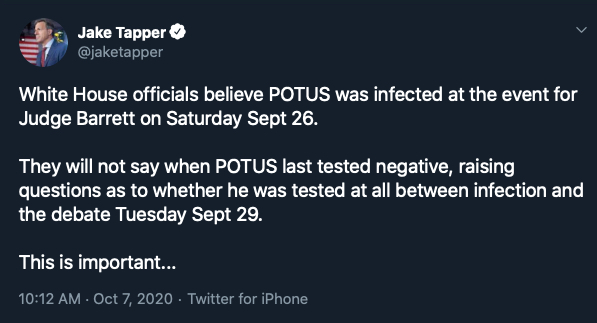 END_OF_DOCUMENT_TOKEN_TO_BE_REPLACED

Now, as Poltico’s Michael Kruse, Renuka Rayasam, and Myah Ward note, Trump is no longer talking about us versus them. He’s ginning up the base by making it us against us. END_OF_DOCUMENT_TOKEN_TO_BE_REPLACED