Baltimore Sun opinion writer: “If not the theme of [Fox News fascist propagandist Tucker] Carlson’s week of broadcasts from Hungary, then the leitmotif was: Look at what a ‘happy’ and ‘orderly’ country Hungary is under Mr. Orbán, as opposed to the chaos and darkness of American life under Mr. Biden. We need someone like Mr. Orbán to lead America out of that darkness. And who would that someone be but Mr. Trump, who was described as a ‘great friend of Hungary’ by the Hungarian leader in an interview with Mr. Carlson last week.”

Rupert Murdoch, the 90 year old creator of the Fox News lie machine that has birthed a fascist movement on American soil while simultaneously obliterating faith and belief in America’s highest ideals like pluralism and democracy, is VACCINATED. His children are all vaccinated.

Yet, they purposefully and premeditatedly prey upon their audience for profit, consigning thousands upon thousands to miserable and lonely deaths where people choke to death and drown in the fluids of their lungs.

We live in a society that seems deeply uncomfortable using the word, EVIL. We demand rational explanations for everything including unfathomable acts of cruelty, violence and malice. Attributing the cause as an act of EVIL, absent purpose, intent or meaning seems to disorient us. Perhaps it is because of the religious connotations associated with the word or out of a type of arrogance that believes there is an answer for everything.

END_OF_DOCUMENT_TOKEN_TO_BE_REPLACED

“Fox News Channel is removing one of its only nighttime hours of news coverage and replacing it with a right-wing opinion show, signifying a further shift toward the incendiary programming that Fox viewers overwhelmingly prefer,” CNN reports. 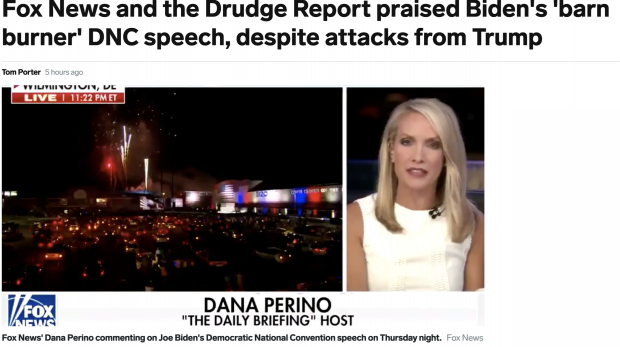 “Allies of President Trump are pursuing an effort to acquire right-leaning news channel One America News Network, in a bid to shake up a conservative media market that has been dominated by Fox News,” the Wall Street Journal reports. “The investment firm Hicks Equity Partners is looking to acquire the channel and is pitching other wealthy GOP donors to arrange a bid of roughly $250 million for the channel’s parent company, the people said. The firm is owned by the family of Thomas Hicks Jr., co-chairman of the Republican National Committee and a close friend of Donald Trump Jr.”

“Fox should stay with the people that got them there, not losers!”

“Adding, essentially, an article of impeachment real time as this hearing is going on.”

— Fox News anchor Bret Baier, who, with co-anchor Chris Wallace said that President Trump’s Friday tweets attacking ex-ambassador to Ukraine Marie Yovanovitch during her testimony raised the possibility of an additional article of impeachment being added against Trump for witness tampering, CNN reports.