NPR: “The cost of repairing damages from the attack on the U.S. Capitol and related security expenses have already topped $30 million and will keep rising, Architect of the Capitol J. Brett Blanton told lawmakers on Wednesday.”

“I certainly agree that we are facing a more dangerous period than we faced in Oklahoma City.” 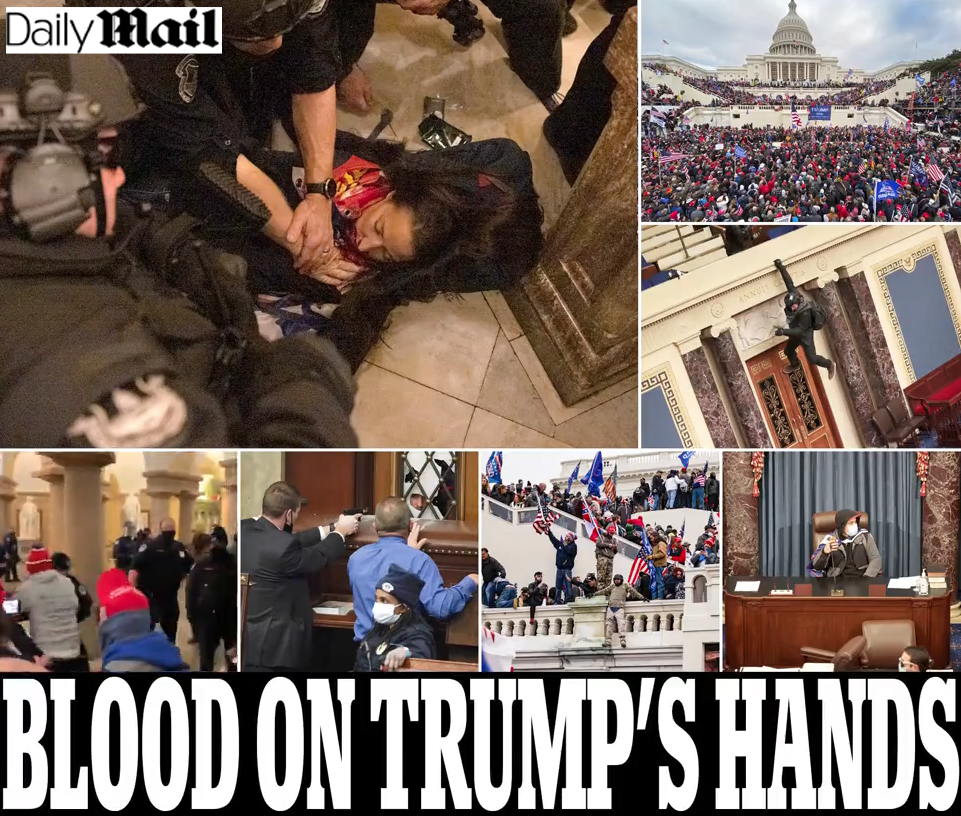 Daily Mail: One woman has been shot inside the US Capitol after President Donald Trump’s supporters stormed the building and violently clashed with police in a bid to stop Joe Biden’s victory being certified – as Washington DC authorities declared a 6pm curfew amid the violence. Violence broke out after dozens of Trump supporters breached security perimeters at the Capitol on Wednesday afternoon with lawmakers inside the House Chamber urged to put on gas masks as tear gas was fired in the Rotunda. The woman was reportedly shot in the chest and is in a critical condition. It was not immediately clear who shot the woman. Police could be seen treating her on the floor of the iconic building.