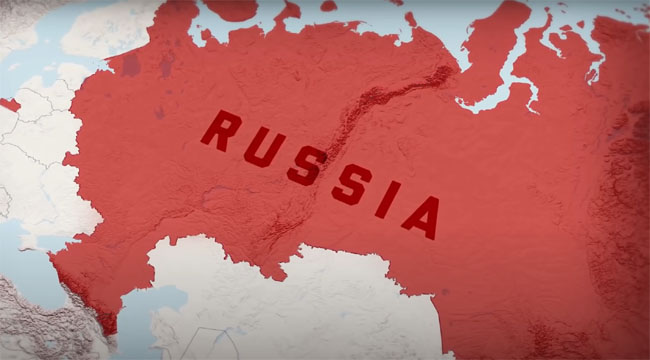 From CaspianReport, the video below, “Ukraine War from Russia’s Perspective” is a well produced, a fast-moving 14 minutes that offers an insight into a Russian world view that is likely unfamiliar to most Americans.

This excerpt from the transcript explains the core of the “Heartland Theory,” which is roughly equivalent to the Manifest Destiny theory that drove the western expansion of the United States across the North American continent in the 19th century. The excerpt starts at 4:16 in the video:

Part of the Russian rationale for invading Ukraine is the Heartland Theory, drafted in 1904 by [British geographer] Halford McKinder. The Heartland Theory divides the world in three bodies. The first body is the World Island which consists of Europe, Asia and Africa.

The second body refers to the Offshore Islands like the British Isles and the Japanese archipelago, while the third body points to the Americas and Australia as Outlying Islands. Within these parameters there is special emphasis on the World Islands because it is the most populous and resource-rich landmass.

Imagine if a super state controlled policymaking from France to China to Saudi Arabia to South Africa. That power would have the technological prowess of Europe, the resources of Africa and the workforce of Asia. Nothing would stand in its way.

Russia is the power that sits at the center of this theory which is why it resonates with Russian foreign policy. But it gets even more zealous, further dissecting the World Island is Eastern Europe. McKinder’s theory argues that the home territory of the Heartland power sits in Eastern Europe. So any power seeking global supremacy would emerge from the eastern half of the European continent. It’s just about a nod to Russia.

Now McKinder’s theory initially served as a warning to the European powers, but instead became the Manifest Destiny of the Soviet Union. The Heartland Theory was so powerful that it shaped the course of the cold war and it continues to dominate Russian geopolitical thinking to this day.