“What I’m concerned about is the Republican leadership in the House of Representatives, who was willing to overlook, ignore those statements … assigning her to the Education Committee when she has mocked the killing of little children at Sandy Hook Elementary School, when she has mocked the killing of teenagers in high school, at the Marjory Stoneman Douglas High School. What could they be thinking? Or is thinking too generous a word for what they might be doing?”

“Speaker Nancy Pelosi and House Democrats have secured enough votes to impeach President Trump for inciting an insurrection at the Capitol that left five dead. At least 218 Democrats have now signed onto an impeachment resolution, enough to pass the measure should it come to the floor later this week,” Politico reports.

“This president is guilty of inciting insurrection. He has to pay a price for that.”

“I don’t think there should be any debates … I wouldn’t legitimize a conversation with him, nor a debate in terms of the presidency of the United States.”

“I have real problems with this president because he doesn’t tell the truth, he doesn’t honor the Constitution and he’s harming children. My whole message is about children. Anybody who hurts children — I’m a lioness. Watch out.”

— Speaker Nancy Pelosi, in an interview with Variety.

“This president is impeached for life regardless of any gamesmanship on the part of Mitch McConnell. There is nothing the Senate can do to ever erase that.”

“No. I’m not holding them indefinitely. I’ll send them over when I’m ready. That will probably be soon.”

— Speaker Nancy Pelosi, at a press briefing, on if she’ll hold the articles of impeachment indefinitely.

“What is most striking about this moment in Pelosi’s career is that at the peak of power, she is not protecting her position but rather using it in aggressive, even risky ways. Impeaching Trump is a gamble for Pelosi. It has intensified Republicans’ fealty to the President, rallying his base and supercharging his campaign fundraising, potentially increasing his re-election chances. The polarizing effort could jeopardize Democrats who hold seats in Trump territory, and thereby endanger Pelosi’s House majority. With impeachment, Pelosi is betting her own place in history.”

“It means that they know they’re gonna lose. And if you win, you’re going to serve in the minority under a Democratic president. You may want to spend more time with your family.”

— Speaker Nancy Pelosi, quoted by Politico, on the high number of Republican retirements from Congress. 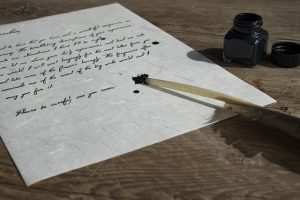 Donald Trump’s rambling (doddering??) six-page letter to House Speaker Nancy Pelosi on the eve of his impeachment has been widely — and selectively — excerpted in the press. But to get a glimpse into Trump’s mind, you should read the whole thing.

According to the New York Times, “Some of the president’s closest advisers were involved in drafting the letter, but they did not include Pat A. Cipollone, the White House counsel who will play a large role in a Senate trial.”

“Instead, Eric Ueland, the director of the Office of Legislative Affairs, led the process, with input from Stephen Miller, the president’s top policy adviser, who often scripts many of Mr. Trump’s public remarks. Michael Williams, an adviser to Mick Mulvaney, the president’s acting chief of staff, also weighed in, and Mr. Ueland’s draft was framed over the last few days.”

Despite the efforts of that brain trust, the letter reads like the rantings of an aggrieved, combative, cornered animal trying to make lofty-sounding rhetoric. But don’t take my word for it, read it here.