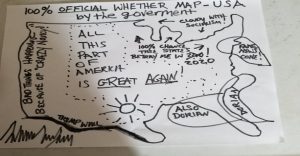 “A growing number of Republicans are privately warning of increasing fears of a total wipeout in 2020: House, Senate, and White House,” Axios reports.

“All of this is unfolding while the economy still looks strong, and before public impeachment proceedings have officially begun.”